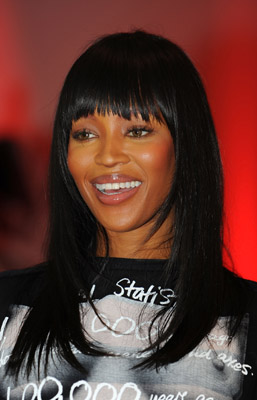 After being accused of hitting her driver earlier this week, Naomi Campbell has received an apology from the man in question, Miodrag Mejdina. The supermodel herself has also released a statement saying she wants to "move on" from the incident. The driver released the following statement:

"On March 2nd, I had an argument with Naomi Campbell, I got angry and overreacted. It was a misunderstanding and I regret involving the police. This whole thing has been blown out of proportion and I apologise to Ms Campbell for causing that to happen."

To find out what Naomi said in her statement, just read more.

"On Tuesday March 2 I was accused of unacceptable behaviour towards a driver in New York. I have worked very hard on correcting my previous wrongdoings and I will not be held hostage to my past. I try to treat everyone with respect and I am pleased the driver has apologised. I would like to put the last few days behind me and move on."

In the time between the alleged incident and these statements, Naomi was voted angriest celebrity in a poll, beating Pete Doherty, Liam Gallagher and Christian Bale to the top spot. What do you think of these new developments surrounding the incident?