Naomi Watts wore a little black bikini while Liev Schreiber went shirtless in green shorts as they enjoyed a holiday with their children in Barbados over the weekend. The couple have been hit by rumours of a split, but Liev's rep denied the reports calling them "ridiculous" and "false". The family will no doubt be especially glad to be of a hot holiday away from it all, and what a great way to relax following the end of Liev's Broadway run. Hollywood's most bankable actress Naomi will be on the promotional trail soon enough, when her new film with Annette Bening Mother and Child is released in the US in May: check out the trailer after the jump. 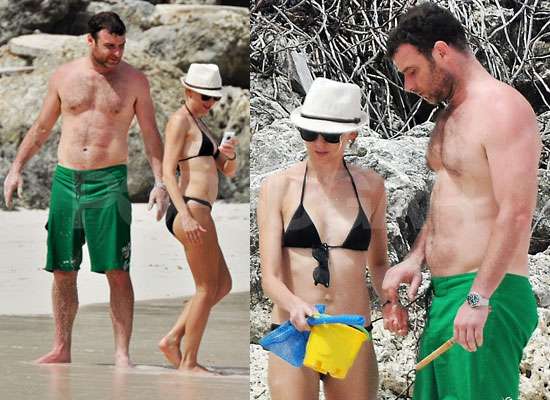 To see the trailer for Mother and Child, just read more.