Victoria Beckham was looking incredibly dressed up at LAX yesterday in teeteringly high platform stiletto heels and a studded dress. She's rumoured to be filming her appearance as a guest judge on American Idol very soon, and it's also been announced that Katy Perry will be stepping in as a guest judge too! It's expected that there will be more female guest judges announced as time goes on as the producers struggle to fill the gap left on the panel by Paula Abdul's departure. Do you think temporary guest judges are a good idea, or should they hire one person to cover the entire series? Let me know! 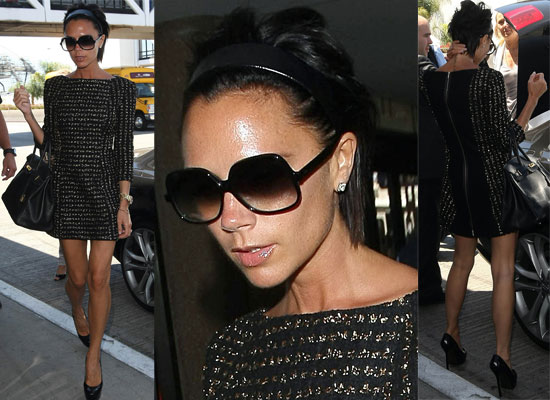