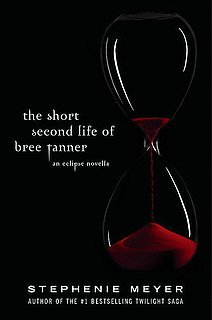 Eclipse fans rejoice: Stephenie Meyer is releasing a new book on 5 June! The Short Second Life of Bree Tanner: An Eclipse Novella is told from the point of view of Bree, who appears in Eclipse, and it follows the newborn vampire army as they prepare to fight Bella and the Cullens. This will be the first new title from Stephenie in nearly two years, and she says:

"I’m as surprised as anyone about this novella. When I began working on it in 2005, it was simply an exercise to help me examine the other side of Eclipse, which I was editing at the time. I thought it might end up as a short story that I could include on my website. Then, when work started on The Twilight Saga: The Official Guide, I thought the Guide would be a good fit for my Bree story. However, the story grew longer than I anticipated, until it was too long to fit into the Guide."

Fan wills have exclusive access to the novella on a special website from 7 June to 5 July. To find out how the book has also influenced the upcoming Eclipse film, just read more.

In addition to the trailer and clips, this will be another great way for us to get ready for the film of Eclipse, as the character Bree also features in the movie. Director David Slade said:

"Stephenie was gracious enough to let me read a draft of the novella while we were prepping the movie The Twilight Saga: Eclipse. I thoroughly enjoyed the story and it gave us great insight and inspired location choices and the tailoring of scenes. I think fans are going to love the fascinating details involved in the loves, fears and actions of an emerging vampire."

Are you excited for this new book? Let me know!