Earlier in the week we saw Kristen Stewart and Dakota Fanning at a recording studio in LA, rehearsing for their new movie The Runaways. Yesterday they were both back there, but Kristen was sporting a new look for the movie, in which she plays Joan Jett. Her hair has been chopped to above her shoulders, and dyed jet black for the part, and though she was covering her new look with a hood you can get an idea of how it looks! What do you think, does it help differentiate her from her popular Twilight character Bella? 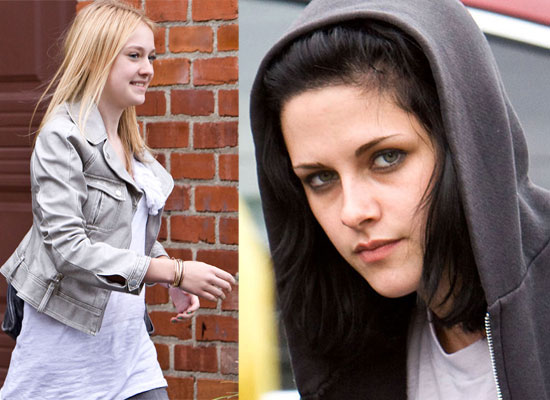