Jamie Campbell Bower smiled wide at The Prisoner screening at the IFC Center in New York City last night. There was no sign of his rumoured girlfriend Bonnie Wright, so he posed with Ruth Wilson who also stars in the TV series remake of the 1960s original about a government agent who is sent to a remote island. Jamie's perfecting his red carpet poses ahead of New Moon's many premieres, and if you have any questions for him and the rest of the Volturi clan then be sure to let Pop US know, as she'll be meeting the cast of the second Twilight film this weekend! To get in the mood, check out a brand new Volturi featurette after the jump. 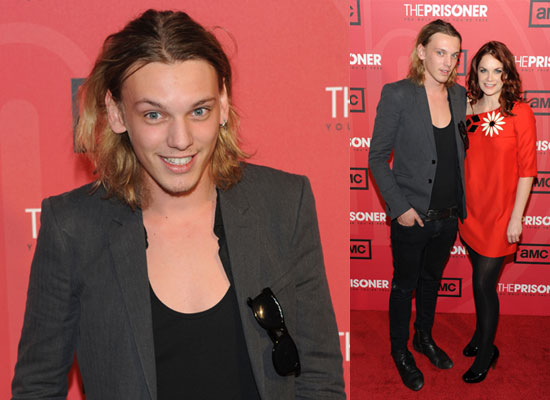