The Venice Film Festival came to a close at the weekend. Jared Leto displayed yet another hairstyle as he joined Diane Kruger to premiere their film Mr Nobody after a photocall with their costars, then he hot-footed it back to New York for Fashion Week. The manjoyment at the festival was taken up another notch at the photocall and premiere of A Single Man, which saw director Tom Ford, Colin Firth, Nicholas Hoult and Matthew Goode get smart in suits and ties. Julianne Moore dazzled amongst the men in her green dress, and made it onto FabUK's leading ladies list. Colin Firth was honoured with the Best Actor award at the Closing Ceremony on Saturday, while director Samuel Maoz won the coveted Golden Lion Award. 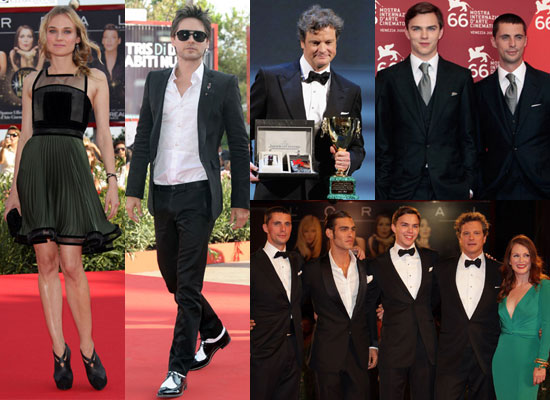 To see many more pictures of all the stars, including Sylvester Stallone, just read more.