It looks like there's another hot new couple on the block, as Kylie Minogue's French ex Olivier Martinez was spotted with Victoria's Secret model Rosie Huntington-Whiteley in Paris over the weekend! The pair looked happy as they strolled through Saint Germain and hugged over lunch at Cafe La Palette. They apparently met at the Victoria’s Secret fashion show in New York in November and got together soon after Rosie broke up with her previous boyfriend Tyrone Wood. We'll get to see Olivier on the big screen when his movie with Tom Cruise and Cameron Diaz, Knight & Day, is released in July. I wonder if Rosie and Olivier will still be going strong and walking red carpets together when the time for premieres arrives? 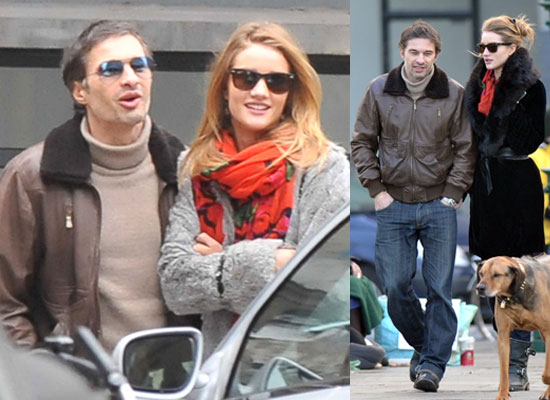