The nominees for the Orange Rising Star Award 2010 were announced by 2009 winner Noel Clarke today at BAFTA Headquarters in London. The five actors nominated are Zombieland's Jesse Eisenberg, Skins' Nicholas Hoult (who joined Noel at today's announcement), An Education's Carey Mulligan, A Prophet's Tahar Rahim and Twilight's Kristen Stewart. This award is the only category at the BAFTAs to be voted for by the public and the winner will be announced at the ceremony on 21 February. Whoever is crowned victorious will join the ranks of previous winners James McAvoy, Eva Green and Shia LaBeouf. I'd love to know who you're rooting for, so vote below to let me know: who is your Orange Rising Star of 2010? 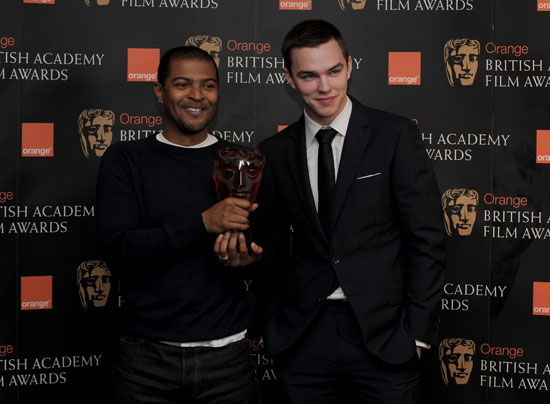