Orlando Bloom and his model girlfriend Miranda Kerr popped out for dinner in New York last night at Katsuya. Perhaps they were out for a belated birthday meal, as Orlando turned 32 on Tuesday — happy birthday to him! Handsome as ever, he's also been voted as part of the ideal British man, with his nose apparently a feature that 40% of men would choose to have on their own face, according to a recent survey! What do you think — is Orlando's nose something special?! 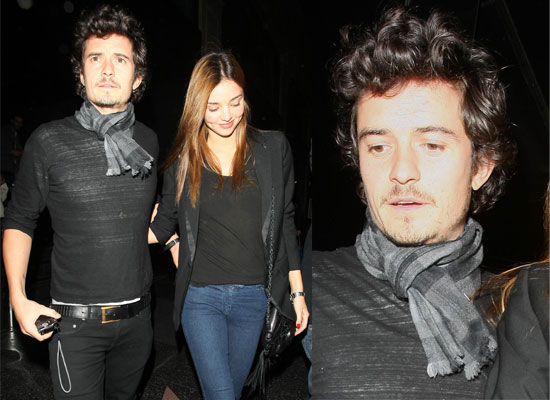