Owen Wilson and Elle cover star Jennifer Aniston are in town to promote their new movie Marley and Me, which had its UK premiere last night in London's West End. The family movie comes out on March 13, and a bunch of UK stars showed up to pose on the red carpet and check out the film. Skins stars Kaya Scodelario and Ollie Barbieri looked cute and casual as they posed for photos, and Jools Oliver, Leon Jackson, Roxanne Pallet, Danielle Lloyd, Gemma Atkinson and Sinitta also smiled for the cameras before they went in to see the pet-themed romantic comedy. So, will you be going to see Marley and Me this March? 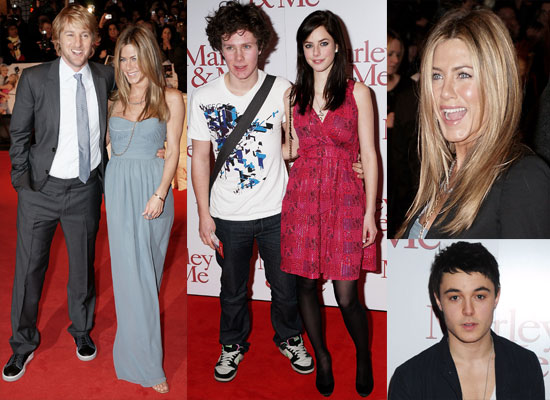