Pamela Anderson stuck with her familiar outfit colour of red for her debut in Aladdin at London's New Wimbeldon Theatre yesterday. She missed her first performances as the Genie of the Lamp last week, but she was back in the UK and ready for her first taste of panto, having attended the British Comedy Awards earlier in the week. She's due to perform a two-week run, with her entrance on a glitter surfboard harking back to her Baywatch days. Speaking about that, and her expensive costume (the capes she wears are worth £5,000), Pamela said: "My costume is so fun. It is a little burlesque which I like, the entrance is fun, grand and dangerous — just how I like it." Pamela is just one of many stars treading the boards as part of this Christmas tradition: are you heading to a pantomime this year? 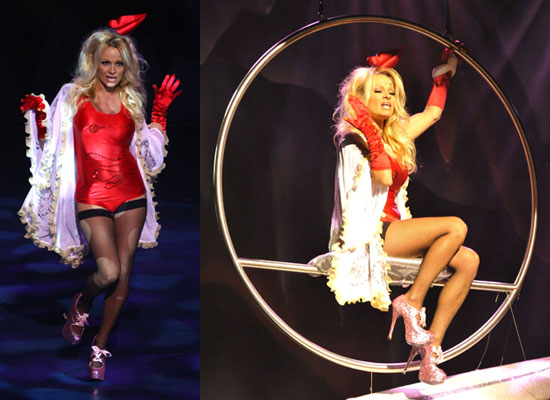