LBDs were the order of the day for the Vogue Bulgari Charity Reception at the Saatchi Gallery in London last night. Peaches Geldof, Natalie Imbruglia and Bonnie Wright all kept their outfits classic and simple at the party to support Save The Children's Rewrite the Future campaign as part of Bulgari jewellery's 125th birthday celebrations, while James Corden brought a pop of colour with his bright jacket and shoes as he hung out with pal Dominic Cooper. The newly blonde Peaches provided some entertainment later in the evening by taking to the decks. 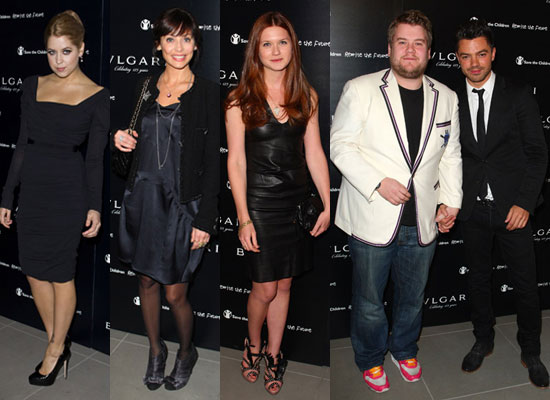