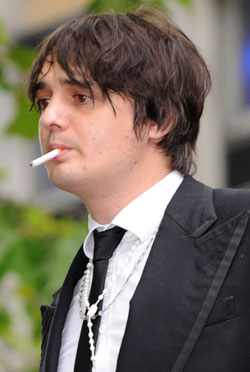 Pete Doherty was one of four people questioned on Friday in an ongoing investigation after the death of Robin Whitehead, who died of an overdose in January. She was filming a documentary about Pete when she died, and was the granddaughter of the founder of The Ecologist magazine.

Earlier this month Pete was banned from driving after an accident in September.