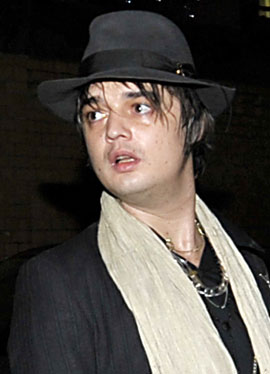 Pete Doherty has been banned from driving for 12 months and fined £500 at a hearing at Lowestoft Magistrates Court in Suffolk. He admitted he let his manager, Andrew Boyd, use his car without insurance.

Boyd was driving Pete's car when he was involved in an accident in September which left a pedestrian critically injured. Boyd was jailed for 12 months after admitting dangerous driving and failing to stop at the scene of an accident.