Peter Andre had an emotional day yesterday, attending the Woman's Own Children Of Courage Awards at Westminster Abbey and then watching Junior's nativity play. He set the record straight by explaining that, contrary to reports, he wouldn't watch the play with Katie Price, although the former couple will be reunited at a show this weekend: they're both going to The X Factor final. Pete was also there last weekend, and Simon Cowell apparently invited Kate to join the fun, with plans to seat the divorced pair at opposite ends of the studio. They're communicating more though, with reports they've been speaking on the phone regularly, and have agreed that Katie will have the children at Christmas in her newly pink home courtesy of jungle mates Justin and Colin, with Pete taking them to Australia for New Year. 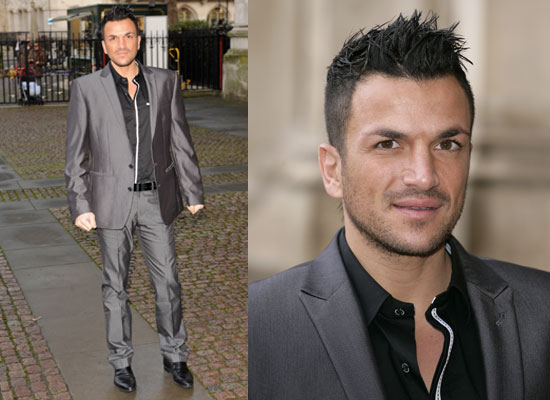