Peter Andre held onto his pals as he walked over ice outside his Brighton home on his way to a performance in Birmingham over the weekend, while Katie Price posed with her KP Equestrian range at The London International Horse Show at Olympia with Alex Reid in tow. Although Kate dumped Alex live on TV and insists they're now just friends, it looks like they could be back together and she's reportedly prepping him for his upcoming appearance on Celebrity Big Brother in the New Year, for which he is reportedly being paid £150,000. Kate's apparently given Alex a list of topics he can't talk about, including her divorce from Peter, while the divorced couple have apparently called a truce over Christmas for the sake of the kids. 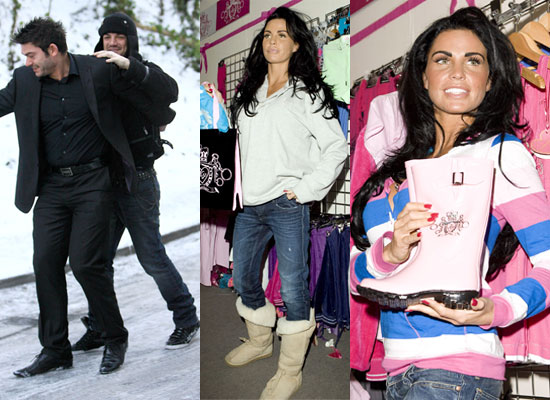 To see more pictures of Katie and Peter, read more.