Katie Price/Jordan and Peter Andre went to ITV's London studios to appear on yesterday's This Morning, where they hosted a slot on the show about the goings-on Down Under on I'm A Celebrity. Although they've been pictured partying separately recently, Kate (who apparently will soon be trying for another baby), has hit back at rumours their relationship is rocky. She's also been chatting to The Sun about her dressage ambitions and the new contestants in the jungle. Here are highlights: 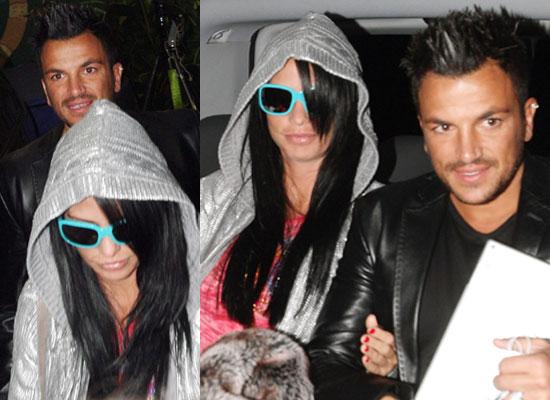 To see what Kate said about how they react to the rumours, her dressage ambitions, and how she feels about Cartier, just read more.

It certainly sounds like Kate's having the last laugh. Good on her.