Peter Andre introduced Here Come The Boys' male strippers at the Indigo2 at London's O2 Arena last night. Peter said he felt "honoured" to be there and blew kisses to the screaming audience, but although they loved him, he's still not popular with everyone. Danny Dyer has made his opinion of Peter clear, saying: "I’d love to bash him up. He's so f***ing irritating. I hate everything about him. And his wife." Nice. On the bright side, Peter's found a seven-bed home in Hove, which he'll rent and then have a right to buy after six months. Now Pete has made his first official public appearance since the split, Kate is following quick on his heels with her first appearance, and will make her catwalk debut at Clothes Show London today. 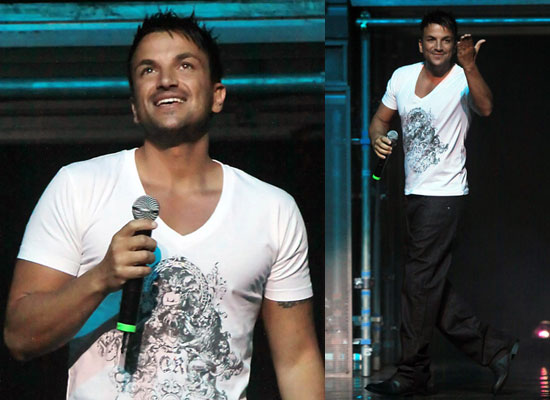