Louie Spence was out at The Ivy restaurant in London last night with good friend Cleo Rocco and boss Debbie Moore. The energetic TV star put on a show for the cameras in the back of a cab as he left with his Pineapple Dance Studios costar Debbie, pulling his t-shirt down to show off his pecs! There are two more new episodes left of the Sky1 TV series, although hopefully its popularity will bring it back for a second — and with Andrew Stone and Starman's single out this week, plus Louie's many TV appearances and his hilarious blog keeping them in the limelight, it might be like they never went away! 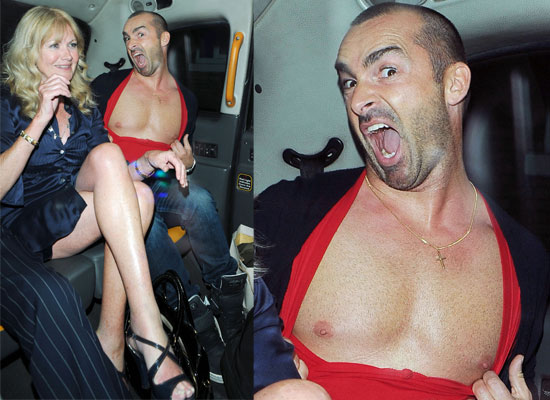