Katie Price carried Princess on Friday afternoon, while Peter Andre spent the day filming at his new house. Pete has apparently paid a deposit on the £2million house in West Sussex, which is closer to Junior's school, and is expected to move in within weeks. Meanwhile, Kate is reportedly planning to spend the night in a haunted house for ITV2's Ghosthunting With.... She also apparently held a BaByQ on Saturday for friends including Danielle Lloyd after returning from Egypt having got stranded due to the volcanic ash cloud. Reports suggest Kate has finally got her wish and is pregnant, and having pulled out of the London Marathon at the last minute, it looks like her dream of having another baby might be coming true. 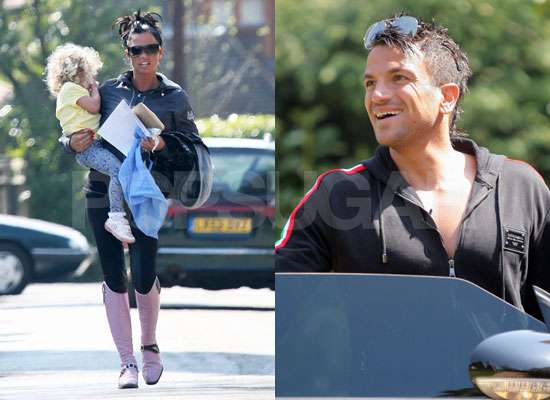