Coleen Rooney showed off her growing baby bump in a bikini on holiday with hubby Wayne in Barbados, as the couple celebrate their first wedding anniversary. Footballers and their WAGs certainly know where to go to catch some sun, sea and sand, whether it's on honeymoon or just a shirtless holiday, and Coleen and Wayne will be making the most of their time together before their baby arrives in October. Coleen's written about the precautions she's taking in her OK! column, and is avoiding sushi and alcohol on nights out with famous friends. 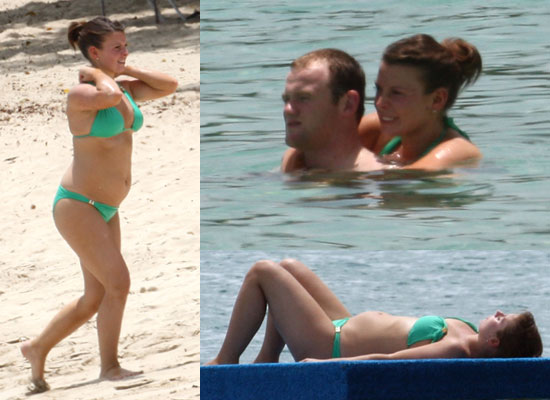 Loads more pictures of Wayne and Coleen on the beach, so read more.