Dozens of celebrities braved the cold to enjoy an evening at the ballet in London last night, with Sleeping Beauty bringing Mel C and her huge baby bump in to town: I can't believe she's still got three months until she's due! Lily Allen brought her smiling granddad and wore her hair long and wavy after keeping it short and choppy earlier in the week. My girl Bella UK wants to know which hairstyle do you like best on Lily? Dannii Minogue was dateless, but is continuing to defy those rumours of a split from Kris Smith. Lots of PopSugarUK favourites also enjoyed the evening of dance and music, including Kirstie Allsopp and Keisha and Heidi from the Sugababes. 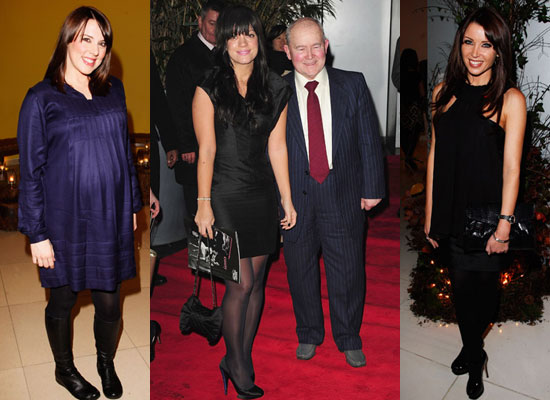