Preparations are being made at London's Royal Festival Hall for the TV BAFTA Awards, which take place on Sunday 26th April. Rob Brydon, Ben Whishaw and June Brown are amongst the nominees, and the placards on the seats gives us an idea of who will be there. Lots of stars attended last year's ceremony, so we're getting excited! My girls FabUK and BellaUK will bring you love it or hate it polls live on the night as soon as the stars take to the red carpet, and I'll be bringing you all the winners, so make sure you stop by to vote and find out all the gossip! The ceremony will be broadcast live on BBC1 from 8pm-10pm and I'd love to know if you'll be watching, so vote below to let me know if you'll tune in to the TV BAFTAs on Sunday. 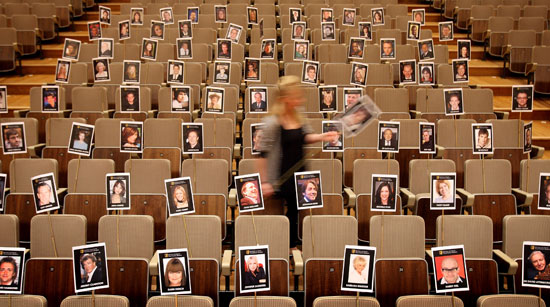