Prince Harry bared his leg as he joined a group of servicemen who lost limbs in the line of duty at the Walking With The Wounded press launch at The Rifles Club in London on Friday. The group are planning a four-week trek to the North Pole and Harry said he hopes to join them for five days towards the end of the trip. He finished his speech by joking: "let's get an Army flag on the North Pole before my brother lands a helicopter there". Harry himself is no stranger to helicopters, and reports suggest Harry wants to return to Afghanistan flying a Lynx helicopter. 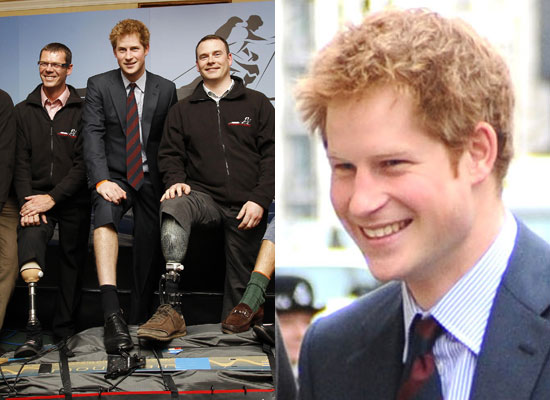