After a weekend of partying, Prince Harry was back in his suit for the WellChild Awards at the Intercontinental Hotel in London yesterday. When Harry was first introduced to the winner of the Bravest Child category, Alex Burke, the six-year-old asked: "Where's your crown, where's the Prince?" The pair were soon chatting away happily, with Alex blowing bubbles and Harry holding him close. Harry also presented the Most Caring Child award to Lucy Tutton, who was most impressed, saying: "I felt like a real princess". Harry's ability to put children at ease has led to comparisons with his mother, and has shown another side to the lovely Prince. 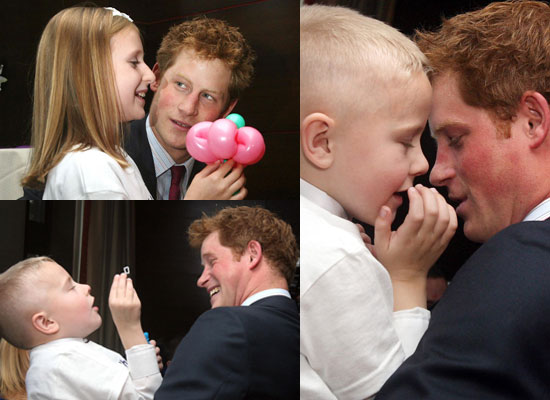