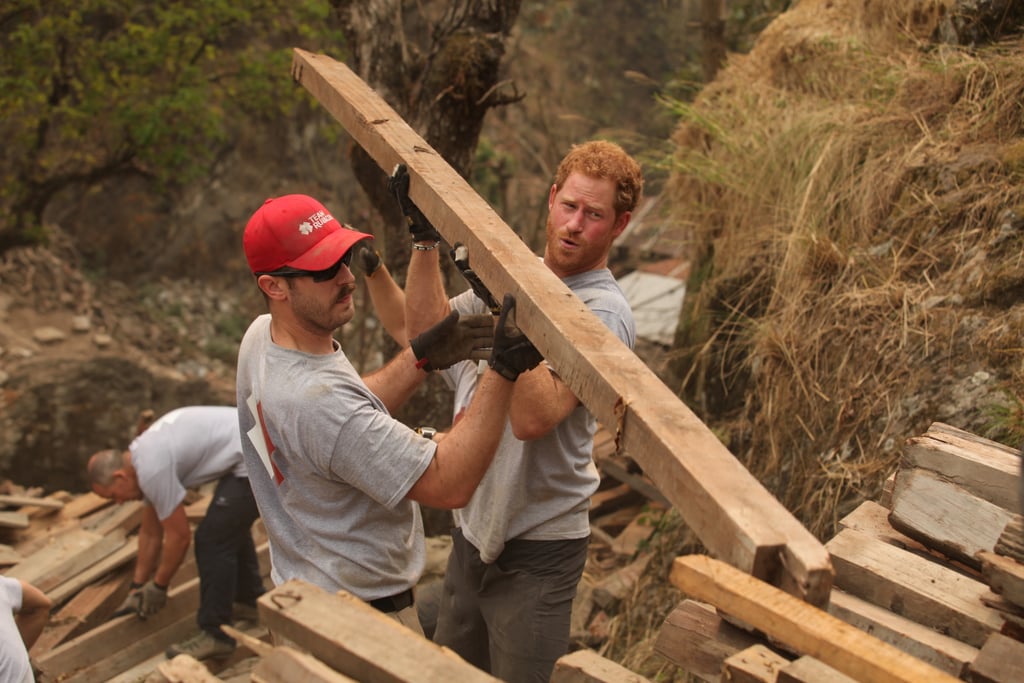 When He Got His Hands Dirty

In an unprecedented move, Prince Harry recently took an HIV test on Facebook Live, and over the next few days, the sale of online HIV tests rose by five times the usual amount. It's not the only thing Harry has done that historically we don't necessarily associate with the royal family. Like his mother before him, Harry understands the importance of living as "normal" a life as possible, and that's why we're likely to see him nursing a beer at the darts, cooking a full breakfast, shopping at discount stores, flying budget airlines, and getting into some construction work. We've rounded up all the times Harry has proved that he truly is the people's prince.