Prince Harry had a busy weekend, going from flying a plane as part his Army Air Corps pilot training in Lincolnshire to clubbing the night away in an A-Team t shirt at Raffles in London, leaving at 5.15am. It sounds like Harry is getting over his split from Chelsy Davy by getting friendly with Natalie Imbruglia after reportedly sneaking into her birthday party recently, and then texting her ever since. The Australian singer apparently told friends she thought Harry was "sexy and charming" after they spent her party chatting and laughing. We'll have to watch this space to see if anything develops between these two. 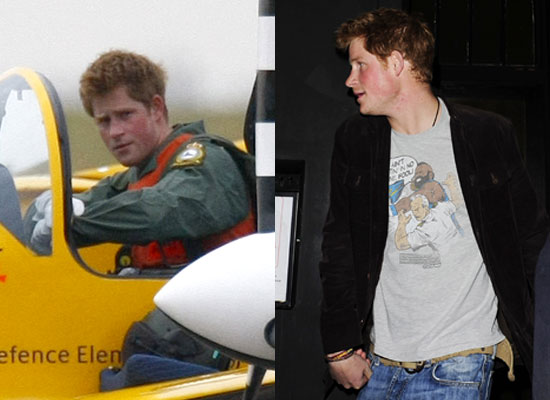 To see more pictures of Harry in his plane, just read more.