Prince Harry enjoyed a night out at Raffles nightclub in London at the weekend, ending the evening by walking into a pole! Luckily it didn't damage Harry's spirit, and it's no wonder the soldier was in a celebratory mood as reports suggests he will be made an acting Army captain in May before being "bumped up" to the full role, which will place him on a level with his brother Prince William's rank. Harry will also be pleased to hear that his dancing skills have been praised by Natalie Imbruglia, who said: "The one thing people don't know about Prince Harry is that he's a fabulous dancer. The reason I know that is because he was at my birthday party and I saw him dance... I didn't get to dance with him, but from a distance I admired his freestyle approach. He's the best dancer I've seen in recent years — apart from David Walliams, who might just be the best dancer ever." That's quite the accolade. 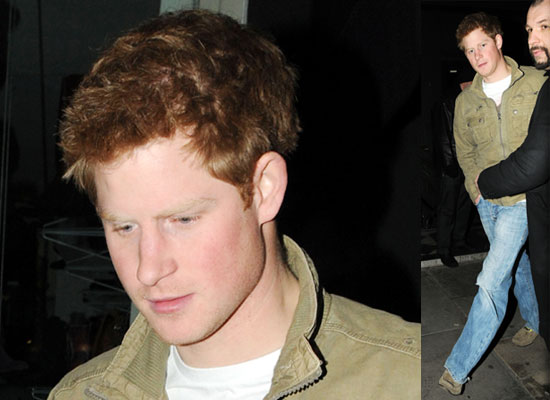