Prince Harry spent the weekend on official duties in New York City, paying his respects at Ground Zero, planting a tree at the British Garden at Hanover Square, playing with the kids at Harlem Children's Zone, and taking part in a charity polo match. A whole host of celebrities turned up for the Veuve Clicquot Manhattan Polo Classic on Governor's Island, including LL Cool J, Madonna, Marc Jacobs, Chole Sevigny and a newly brunette Kate Hudson. My girl Bella UK wants to know do you prefer Kate as a blonde or brunette? Prince Harry's Sentebale team beat Blackwatch 6-5 and he celebrated with champagne before giving a lengthy interview: 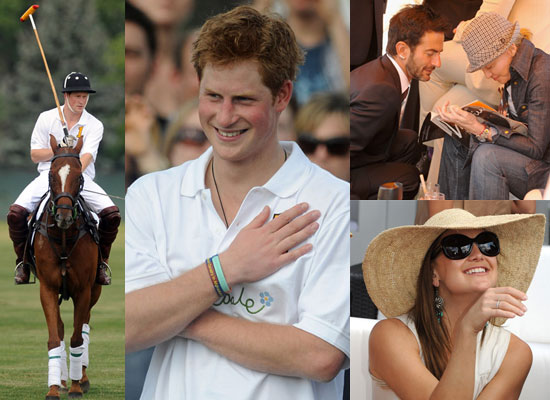 It's great to see Harry getting so involved with such good causes.

To see loads more pictures of the celebs at the polo, plus Harry all over NYC, just read more.