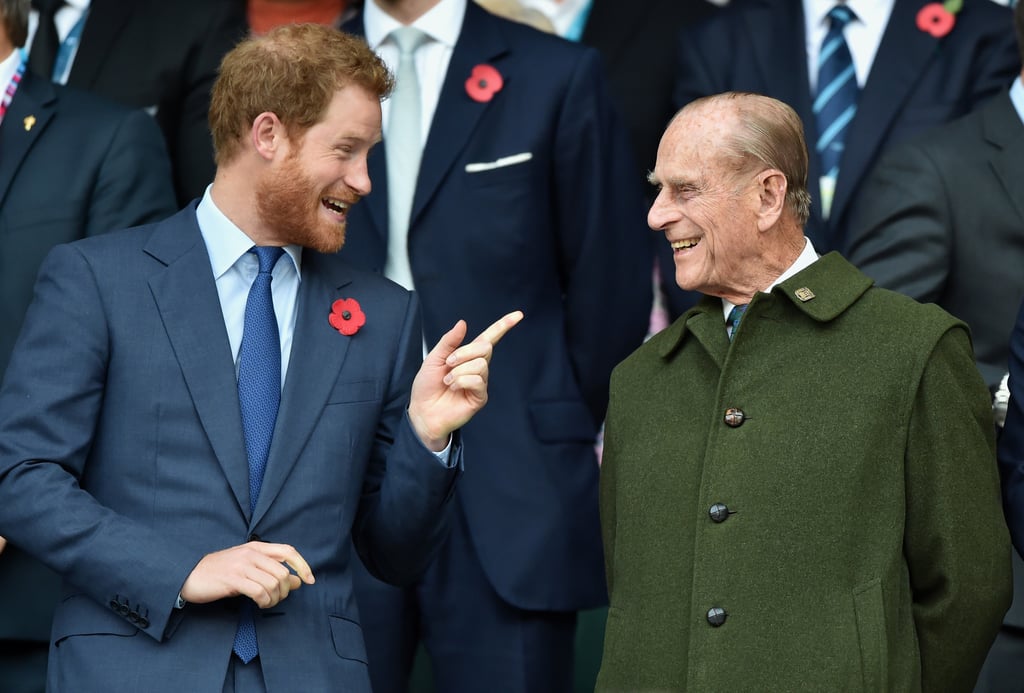 Last year, the Duke of Edinburgh beat his grandson in GQ's 50 Best Dressed Men in Britain list (the older royal came in at number 12, while Harry lagged behind at 38). Even though Prince Philip has retired from public engagements, he can still hold his own against his younger family members. You only need to look at these sweet snaps of him and Prince Harry throughout the years. From signs of affection to sharing a joke and doing their duty at joint engagements to quiet looks of pride, this is a dapper double act that we can't get enough of.