Prince William and Prince Harry enjoyed a night out together at Raffles on Saturday night, with Wills leaving at 3am and Harry lasting half an hour longer. Wills also spent the evening with Kate Middleton at her children’s charity auction, while recent birthday boy Harry apparently treated himself to a full English breakfast with Chelsy Davy after his night on the tiles. It's not all partying for the Princes though, as they have reportedly been making secret visits to wounded troops in hospital. The pair have also set up the Princes' Charities Forum, a charitable foundation which encourages charities to "think out of the box". 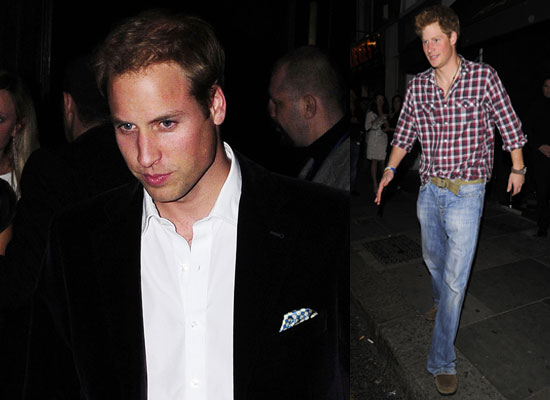