Prince William and Prince Harry joined the rest of the Royal family for Trooping the Colour to celebrate the Queen's official birthday on Saturday. After watching the parade, which reenacts traditional preparations for battle when the colours (flags) were ''trooped'' down the ranks, the brothers moved from Horse Guards Parade to watch the traditional fly-past from the balcony of Buckingham Palace, alongside Princess Anne, Prince Edward and his family, Prince Philip, Camilla and Prince Charles. 20,000 people gathered in the streets around the Mall and Horse Guards Parade to join in the celebrations, while thousands more (like me) watched on TV! 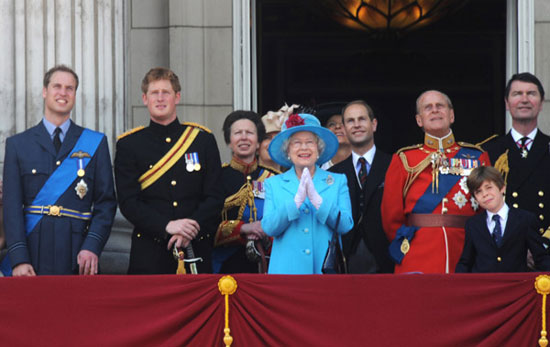