Prince Harry and Prince William took part in a polo match at Coworth Polo Club in Ascot yesterday, but the brothers proved their interest in more rock and roll activities over the weekend too. Harry spent Saturday at the Wireless Festival in Hyde Park, rocking out to the tunes, while Wills drove away from the game on Sunday on his Ducati motorbike. It's fun seeing William dressed all in leather! We've seen the brothers on motorbikes before when they took part in a charity rally in South Africa, and their polo match at the weekend was also in aid of a good cause, raising money for Harry's charity Sentebale as well as The Tusk Trust, an elephant conservation charity. It's so great to see them raising money whilst having fun. 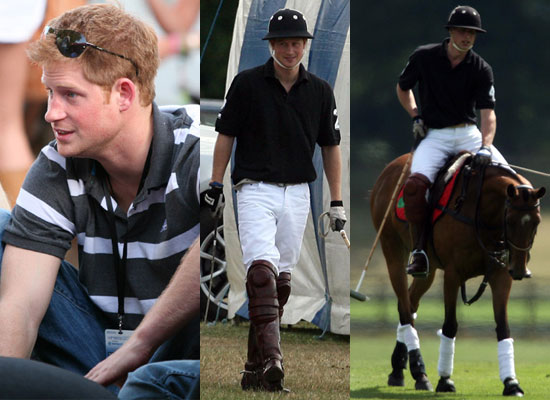 To see more of Wills on his motorbike and Harry on his horse, just read more.