Prince William tucked into a piece of cake and licked the icing off his fingers as he helped celebrate Centrepoint's 40th birthday in London yesterday. Wills has hosted previous events in support of the charity, which provides housing for homeless people aged 16 to 25, and which he hopes to support "for the foreseeable future". He's had a busy week, attending the Sherlock Holmes premiere with Kate Middleton and Prince Harry and then joining his brother to honour our Armed Forces at the Sun Military Awards. We'll get to see William and the Royal family at church on Christmas Day before Wills flies to New Zealand and Australia in the New Year. 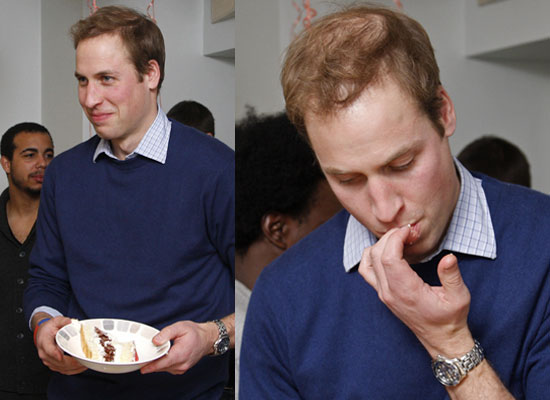