Prince William spoke about the emptiness he feels on Mother's Day at a reception of the Child Bereavement Charity in London yesterday. William is a patron of the charity, which Diana helped launch 15 years ago. Speaking at the launch of the charity's Mother's Day campaign, he said: "Never being able to say the word 'Mummy' again in your life sounds like a small thing. However, for many, including me, it's now really just a word - hollow and evoking only memories. I can therefore wholeheartedly relate to the Mother's Day campaign as I too have felt - and still feel - the emptiness on such a day as Mother's Day... For those who have lost the one they love, rest assured they will be watching over you". In the Daily Mail he writes about his grief: "not a day goes past without you thinking about the one you have lost". 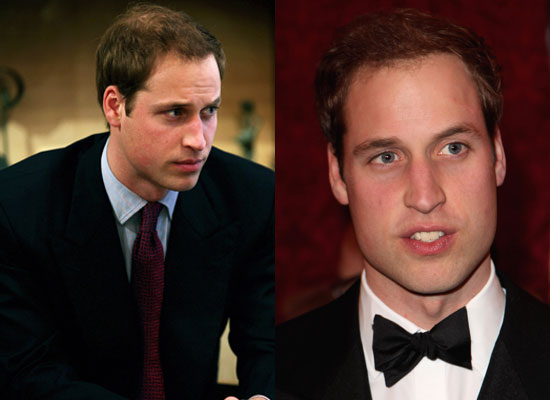 As expected, Wills went on to host a dinner last night for the 40th anniversary of homeless youth charity Centrepoint at St James's Palace. He was joined by charity ambassadors Kirsty Young, Lisa Maxwell, Sara Cox and Tamara Beckwith. Meanwhile, France’s society magazine Point de Vue reports that Wills and Kate Middleton will marry this summer, with the official announcement expected this month. I'll wait for the official word before I buy a hat.