After the fun of polo with Harry and Kate at the weekend, it was back to official duties for Prince William yesterday. He opened the newly expanded Whitechapel Gallery, and joked that he is graffiti artist Banksy, saying: "I thought that this would be a good forum to bring it out. Any autographs I will do later." As president of the Football Association, Wills then headed to Birmingham to Kingshurst Sporting FC, where he joked with schoolchildren and high-fived one lucky girl. The Prince also visited a 109-year-old woman, who had complained the Queen was wearing the same dress in the birthday cards she received. Wills apologised and promised his grandmother would wear a new outfit next time! It's great to see Wills keeping such a sense of humour, particulary when Paul Burrell has spoken about Diana on TV again. 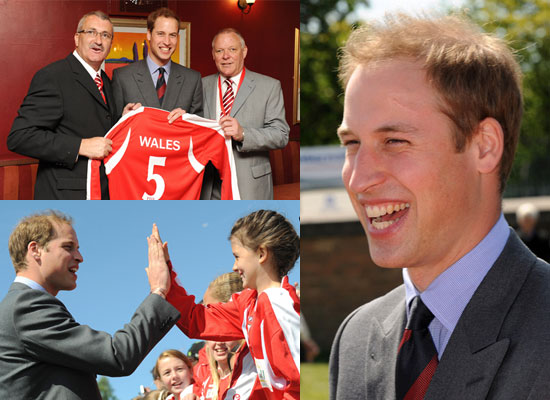 To see more pictures of Wills at the gallery and football pitch, read more.