Prince William was full of high fives and hugs as he visited a school for children with learning difficulties in Lincolnshire yesterday. Wills opened the Life Skills centre at the school during his trip to the county, during which he also spent time at a a hospice for terminally ill patients which his mother visited 18 years ago. Diana's sister Sarah McCorquodale is High Sheriff of Lincolnshire and invited her nephew to spend time in the county with her. They also visited RAF Coningsby, where Wills got the chance to sit in the cockpit of a Typhoon jet. He'll leave our freezing weather behind when he flies to Australia and New Zealand next week. 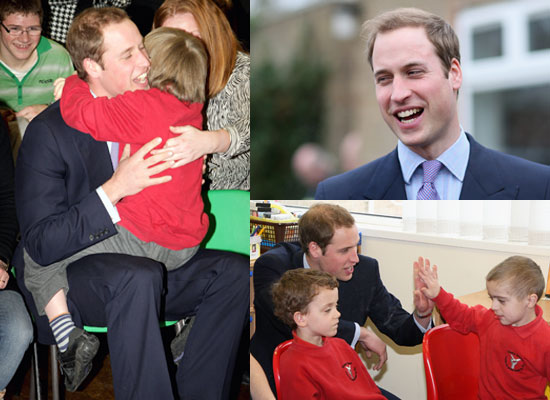