Prince Harry and Prince William were joined by Kate Middleton on Friday to attend the wedding of Nicholas van Cutsem and Alice Hadden-Paton at The Guards Chapel at Wellington Barracks in London. Reports suggest Wills and Kate will be walking down the aisle themselves as it has been decided the couple will wed, but not until 2011 at the earliest. They are expected to have tied the knot by the time the Queen celebrates her Diamond Jubilee in 2012. Harry was in the mood to celebrate too, as he has passed his basic helicopter training course and now moves on to advanced training. As for Harry's love life, however, it looks like Chelsy Davy has moved on, even though Harry allegedly drew up a no-cheating charter in a bid to win her back. 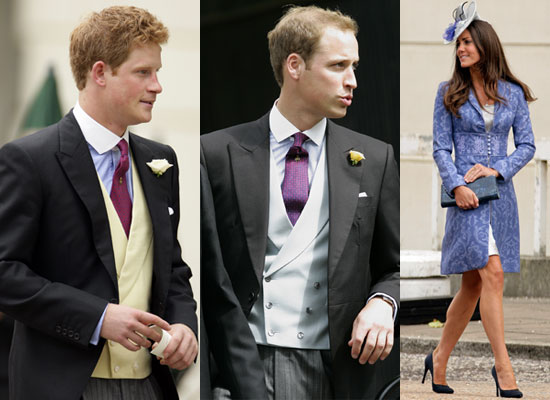