The Royals spent the weekend watching rugby, with Prince William congratulating the Irish team as they beat Wales in the Six Nations Championship in Cardiff on Saturday. Over at Twickenham, Prince Harry and his cousin Zara Philips watched her fiancé Mike Tindall help England to victory over Scotland. While the rumours about Wills and Kate Middleton's 2009 wedding are looking unlikely, speculation is growing that Zara and Mike will marry this year. I'd love to see another royal wedding, and it's good to see Wills and Harry smiling over the weekend, as Willam recently spoke about the emptiness he feels on Mother's Day. 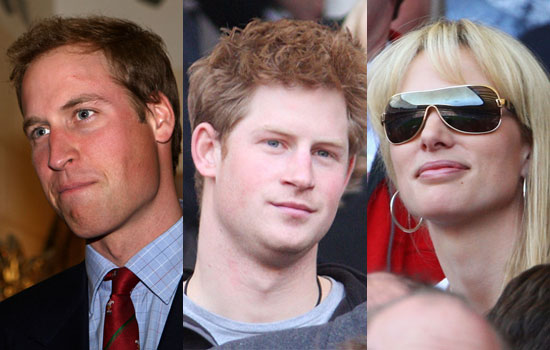 To see extra pictures of the royals at the rugby, just read more.