Prince William joined royals and politicians for the Remembrance Sunday Service at the Cenotaph yesterday, to pay respects to those who lost their lives in conflicts. On Saturday Wills was in a suit in Wales, to open the new Media Centre in Cardiff. Wills himself has been both celebrated and rebuked in the media this weekend: he was praised for trying to calm a young woman who was lost for words by telling her to imagine him naked, but faced criticism when details were disclosed for the first time about the occasion he used an RAF helicopter to travel to a stag party on the Isle of Wight. With Prince Charles' 60th birthday fast approaching, I'm sure Wills is now focusing on making it a celebration to remember for his Dad. 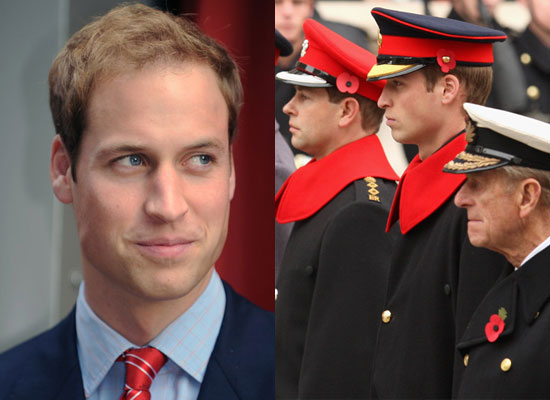 To see more pictures of William at the remembrance service, as well as the other royals and politicians in attendance, including the Queen, Camilla Parker Bowles, Gordon Brown and Boris Johnson, just read more.