Jennifer Aniston is on the cover of May's issue of Harper's Bazaar UK, looking sunkissed and gorgeous. Inside the mag she talks about her racy roles and her want to do more of them, the women that she admires, her love of Ricky Gervais, and on her rebirth after the past five years. Here are some excerpts from her interview: 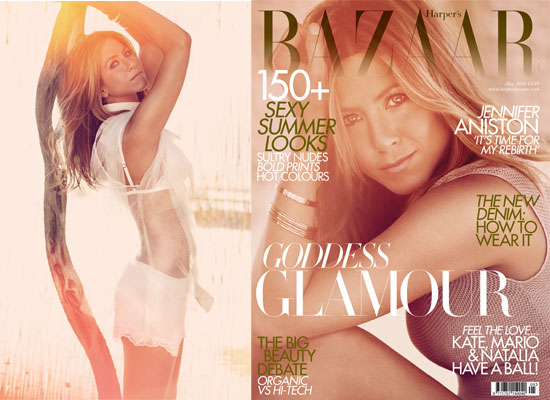 To read more of what Jen had to say about racy roles, her rebirth, and more, just read more.

You can read the full feature in the May issue of Harper’s Bazaar, on sale Thursday, April 1!