Rachel Weisz looks gorgeous on the cover of February's Esquire "Women We Love" issue. The magazine polled its male readers on which famous females they'd most like to drink with, go to bed with and marry, and Rachel was named most marriable. She chatted with the mag about that new accolade, her partner and being a spy. Here are the highlights: 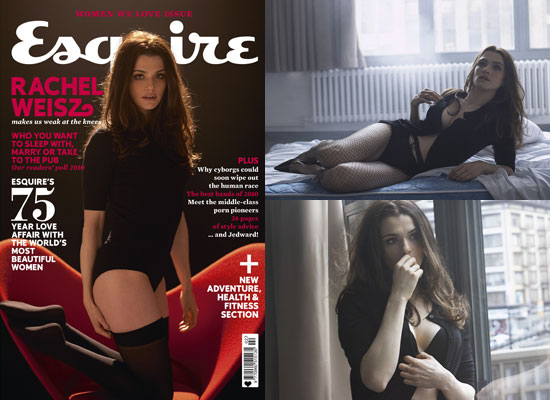 To see behind-the-scenes footage and find out what Rachel had to say about what Darren Aronofsky's really like, which other men she adores, and how she wanted to be a spy, just read more.

Rachel Weisz from esquireuk on Vimeo.

The full feature appears in the February issue of Esquire, on sale today.