Lauren Conrad, Courteney Cox, Reese Witherspoon and Fergie attened Avon's Champions Who Change Women's Lives celebration at Cipriani 42nd Street in New York City. Reese hosted and Fergie performed at the benefit, which honours those who have fought breast cancer and domestic violence, while Patrick and Jillian Dempsey, Courteney and a darker haired Lauren were on presenting duties. Lauren has revealed she is dressing as a clown for Halloween, and Courteney has revealed her former Friends costar Lisa Kudrow will appear on Cougar Town as a dermatologist. It's great to see stars making time for such good causes. 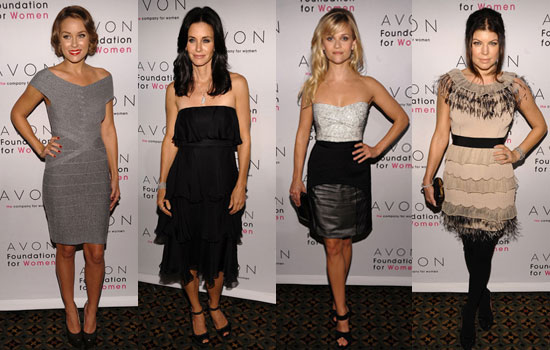