Cindy Crawford took time out from walking red carpets to host the Omega Constellation 2009 Collection launch party at London's Almada last night. She was joined by Lily Allen, who shared a friendly hello with Rhys Ifans before spending the rest of the evening with her beau Sam Cooper. Melanie Brown was also in an affectionate mood, kissing hubby Stephen Belafonte and then tweeting about Cindy: "not only is she flawless but wow what an amazing person". Perhaps Mel could get Cindy involved in the rumoured Spice Girls stage musical! 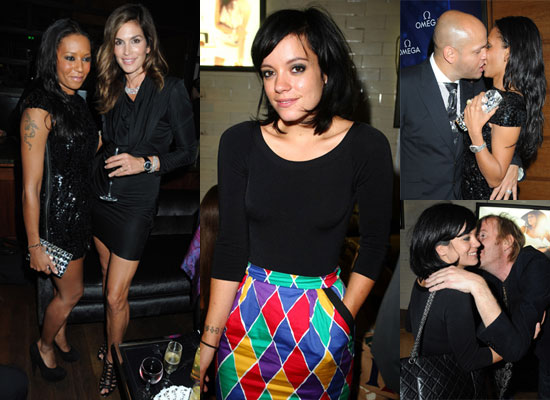