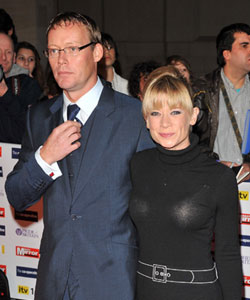 Ricky Groves and Hannah Waterman have announced they are separating after three years of marriage. A spokesman said:

"Ricky Groves and Hannah Waterman have announced today that after much consideration they have decided to formally separate. Both their careers have been hugely successful, but for most of last year their work has kept them apart."

Hannah added: "We would like to remain friends with respect for each other." She is to tour with Calendar Girls, having released her workout DVD following her dramatic weight loss, while Ricky will be on the Strictly Come Dancing tour.