Ricky Whittle was full of smiles as he made his way around Central London yesterday. Although Ricky lost to Chris Hollins in the final of Strictly Come Dancing just before Christmas, he's not planning on hanging up his dancing shoes just yet as he's revealed he'd like to star in a remake of Dirty Dancing. The Hollyoaks actor also has "a few things lined up" in the US, but is planning on bulking up first as he lost so much weight and inches off his waist during Strictly. He's got a lot of fans of his torso, as he came third in my shirtless Brits poll. 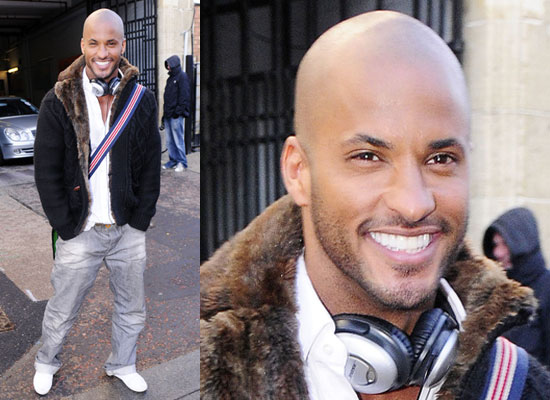