Rihanna brought a starry crowd to the Brixton Academy last night for the launch party for the Nokia X6 where she showcased new material from Rated R. Jay-Z made a surprise appearance to sing with Rihanna on stage, and they were joined by Beyonce and her new pals JLS for the after party at Mahiki. As well as our giveaway winners lots of famous faces were in the audience for the gig, including Emma Bunton, Neve Campbell, Daisy Lowe, Kimberly Stewart and Keisha Buchanan to name but a few. Looks like a fun night! 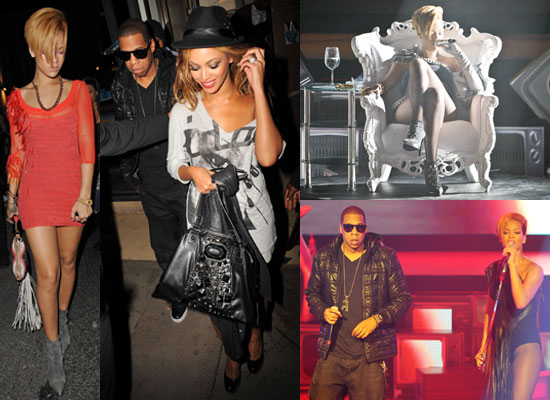