Glamour Magazine's Women of the Year gathered at Carnegie Hall in New York City yesterday to celebrate each other's successes. Rihanna and Stella McCartney were amongst those honoured, and were joined by Estelle, who performed on stage. Amy Poehler and Serena Williams collected their awards, while Catherine Zeta-Jones was one of the presenters. FabUK wants to know who do you think was best dressed? BellaUK wants to know your opinion on Rihanna's hair. In the special issue of Glamour, Rihanna opens up about her difficult year, and she gave an emotional acceptance speech at the ceremony: check out footage after the jump. If you're UK-based enter my giveaway to win tickets to Rihanna's gig in London on 16 Nov! 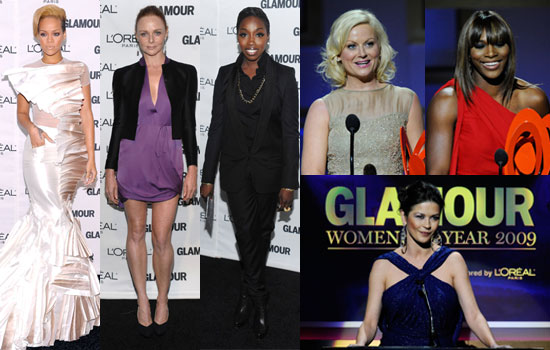