Robbie Williams and his girlfriend Ayda Field were spotted at LAX yesterday as they got on an Air New Zealand flight out of the city. He stopped outside to finish his cigarette, before they went to check in, with Ayda — who he has said is definitely not his fiancee — keeping her engagement finger pretty hidden. Tragically, Robbie’s former lodger and friend Aaron Vickers was found dead yesterday, hanged in woodland in Swindon, Wiltshire, which is also where Robbie has a home. The singer released a statement speaking of his "profound sadness" about Aaron's death and sent his condolences to his family. 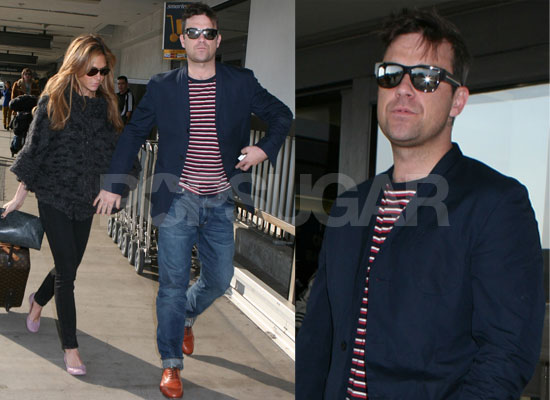